I decided to write this tweak guide after a recent job for a customer. The customer had a 1GB switch and yet was getting horrible network speeds on a couple of the systems.
All data was stored on a Windows 2003 server and the workstations pulled the data as they needed.

I installed my Simple Internet Meter to see what kind of speeds where going to and from the server. And the speed was shocking. It was only going 1 MB/s or slower.
After doing some fine tuning and tweaking I got the speed going 40MB/s across the network.

This tweaks are pretty simple. I have complied a short list of tweaks here for all Windows systems.

Flow Control has always given me better speeds when enabled. All Network cards I have seen are normally Enabled, yet Nvidia for some odd reason is set to disable by default.
So make sure Flow Control is enabled. 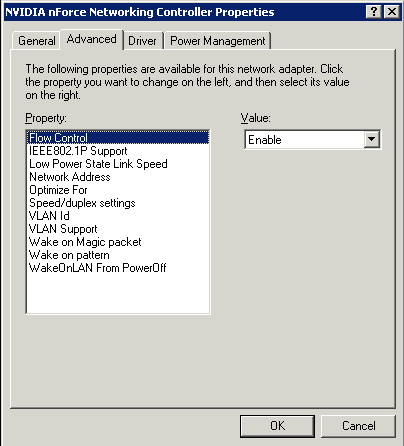 Now this tweak is mainly for Nvidia network adapters. I haven't seen this settings on others. The Optimize For setting by default is set to CPU. Changing it to Throughput made a HUGE increase on network speed for me. Again not sure why Nvidia would have this set to CPU when most system these days have more than enough cores and speed to handle network speeds.

This tweak is For Vista and Windows 7. Turning this setting off help increase the speed on my local networks. 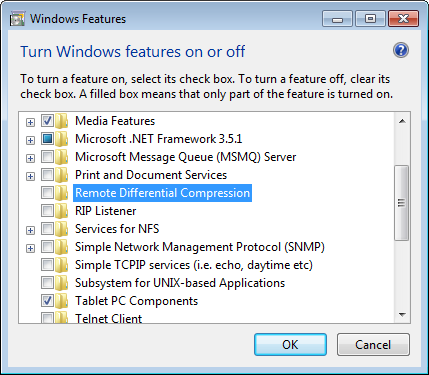 This tweaks I applied to both the server and all the work stations, this also help with a increase in network speed and stability.

I am on Windows 7 64bit. With a 1GB network. For as long as the system has been installed any time I transferred files to or from my machine to another computer that was also on a 1gb connection the transfer was fast as could be (40 mb/s). But if the other machine was on 100MB instead the transfers where horrible! On 100MB I should transfer about 10 mb/s instead it would go 100 kb/s it was horrible.

I searched and finally found the reason.

In the network adapter properties, if you have these options, you need to turn them all off. (Same area as Tweak #1 & #2)

Once I did that speeds to the 100MB machines went as fast as they could, back at 10 mb/s.

Why on earth this hasn't been fixed by Microsoft I don't know. But at least now I have it working again :-)